So, this article was getting passed around today. It’s about Michael Sam’s announcement, kind of. It’s actually about how the rise of openly gay athletes in sports is putting the pressure on heterosexuals in sports, creating a type of reverse discrimination (author’s words, not mine; I might have to use that many times throughout this piece) where straight athletes are now under attack as a result.

If you don’t want to read the whole piece, or this one, this is your TL; DR:

a human wrote this pic.twitter.com/b08Wm7ck6L

If you’re still here, let’s get into it. One of the first points made in the article:

Wait, so, Sam — who told his teammates about his sexual preference before starting the season at Missouri last year — weighed the decision on whether to come out or not, and how it would likely only negatively impact his draft position (which, irrespective of his combine results, was true according to anonymous executives and coaches in the league) and make his life much more difficult with the media and in the NFL, and one of the good things — and a potential motive for all of this — would be some financial benefit through endorsements because he was gay??

And the second point about the NFL tapping into the gay market and keeping the league in the forefront of national news? The NFL is doing just fine, thank you. And yes, as sad as it is to say, having a gay athlete enter the league might just be good PR for them considering they have other problems to deal with, but really? The NFL can finally reach into the gay market?????

The next paragraph, note the highlighted part: 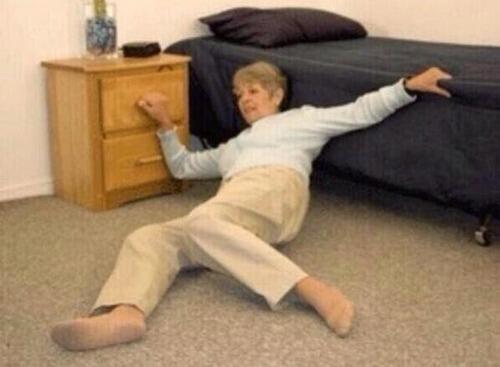 First of, who is out here shaming people into embracing anything? The entire sexual preference thing is about choice, so make this accusation is both contradicting to the whole point of Michael Sam coming out and just plain wrong. Second, are there really heterosexual players who are really sitting there and feeling like they’re being pressured to say something? Last I checked, players don’t a problem speaking out when they feel like it, and if certain players are on the fence about this but are saying the right thing to the media anyways, holy shit is that some kind of burden on them that we’re supposed to feel bad about?

How the tides have turned. What tides man, where is this paragraph trying to take me emotionally.

And then, the paragraph about Jason Collins playing in the NBA today because he’s gay and taking fringe spots away from guys who don’t have that extra gay trait. 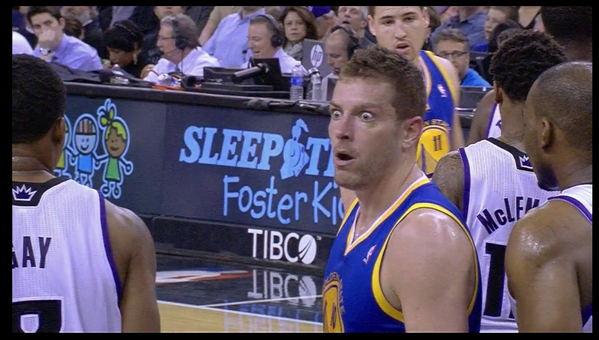 Sure, the same Jason Collins who was without a job for this entire season until yesterday was taking away all these other jobs from all these other players who were stuck at the end of every team’s bench this season? Sure. Collins is who he is at this point: a serviceable big man for any team that needs a veteran to come on the bench to spare them 10 to 12 minutes a game. You could argue the fact he was gay might have impacted teams from signing him earlier this season (I don’t believe this), but you certainly can’t say a guy who only got signed to a 10-day contract in late February is taking jobs away.

The rest of the article reiterates some of these points, but it comes back to the point that gays are suddenly an “untouchable race” and the burden is now on the heterosexual athlete who is supposedly under attack.

It almost seems laughable (if you edit this piece, scrub out the word almost) that one is proposing that homosexuals are untouchable. Perspective: this.

To sum up, here are the takeaways from the piece:

So, here’s the thing: I’m usually not big on these article dissections or open letters because it inevitably becomes less about the issue at hand, but more about the writer itself (both the one who wrote the original piece, and the one who is responding, and this paragraph kind of proves the point), and soon the focus is lost.

I’m not some advocate for gay rights or feel like I need to take a particular stance on this subject matter. I’m happy for Michael Sam, I’m happy for Jason Collins, I’m happy for [fill in this blank with the next athlete that will come out], because you have to recognize that this is bigger than just sports, that whatever reservations you have about the motive behind their announcements, there is a positive impact to what they’re doing that many of us will never know about (example).

So when I see the conversation being turned inward into the sports arena and turned into a conversation about how gays are suddenly invincible and heterosexual athletes are being pressured into whatever the author was trying to say, it upsets me because that’s not what this conversation should be about.

And I worry too, because sports forces people to choose sides, to take a stance, and since a lot of us write about sports, we pour thousands of words into those stances and make them ours. Sometimes, maybe a lot of times, I doubt a lot of us even believe or would stand behind those stances.

Once these opinions get out, they will spark conversations, perhaps even sway people’s thoughts about things, or at the very least, convince people that our viewpoints are worth considering. Except, that is not true.

Not all of our viewpoints are worth your time, and when the conversation is one about the societal impact of what these gay athletes are doing by coming out, it requires greater care than say a piece about Kobe’s legacy versus LeBron’s.

If you don’t know what you’re talking about, don’t write about it. It’s okay.I don’t have a longform piece on this blog about what’s going on in Kiev because I don’t know the specifics of the situation, and am not aware enough to have an opinion on it. I’ve seen the photos, I’ve read a few articles, I know it’s a terrible situation over there, but that’s all I know.

In the same vain, if we as sports writers or bloggers or people with opinions and a platform to share them haven’t really thought through the larger issues in sports and don’t have the knowledge and perspective about a particular story like this one, we don’t need to write about it. Just leave it alone.

Just because we watch sports, and some of those sports we follow happen to have gay athletes who are coming out, doesn’t mean we necessarily have to take a stance on something we don’t know. In the best case scenario, I hope this article was the outcome of a back channel conversation where it was suggested that someone on the site write about the Michael Sam thing from a different perspective. A counterpoint to the point of the whole thing. It still sucks, but at least I understand. If not, then I think all of us including myself need to think through the things we write about before we do.