When Mark Jackson was fired earlier this week, the media coverage on his dismissal seemed to center on his off-court issues with the Golden State Warriors management. Consensus now seems to be that Jackson’s firing had less to do with his record as a coach than with static involving his bosses, evidence for which is laid out by Ethan Sherwood Strauss at True Hoop.

Private discussions among peers seemed to at least allude to race as a factor in Jackson’s dismissal, but even in the wake of the Donald Sterling fiasco, race wasn’t the first issue that came to mind when the Warriors’ decision was announced. It was religion.

Mark Jackson has never made any secret of his Christianity. He wore it proudly, as if the NBA were a mission of faith. This level of devotion became part of the locker room culture for the Warriors. But, while many of the Warriors players are also devout Christians, the Bay Area largely is not. Warriors owner Joe Lacob is not. That makes for a dynamic that has been covered, but not exactly pointed to in regards to Jackson’s firing.

Here are a couple of the more in-depth blog posts that cover Jackson’s Christianity as the primary angle: 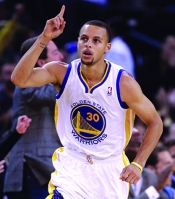 There is also a very relevant USA Today article about prayer in the locker room published just before Jackson’s firing. But, it was Strauss again who posted this piece in March on how deeply religion is seeded in the Warriors locker room.

Mark Jackson’s religious views are described as “fundamental”, which could serve to make him a polarizing figure in The Bay. His statement on Jason Collins’ announcement of his homosexuality earlier this season wasn’t exactly supportive:

Did Jackson inject his own Christian values to the point of creating a rift between himself and management? Would that have been enough to compel the Warriors to fire him?

For anyone who was trying to make the case, or alluding to the idea that some kind of racial discrimination may have been involved with Jackson’s firing, would the stronger case then be made for religious discrimination? Does anyone want to make that case?

Considering all the issues that management had with Jackson as a coach, this is a reach to be sure. But, his level of performance could hardly be considered worthy of firing alone.

Something that raised an eyebrow for a friend who is a lawyer with extensive experience in civil rights and employment discrimination cases is that someone from the Warriors organization is publicly acknowledging that Jackson’s service as a pastor in Los Angeles during the season was a problem with management.

Should Jackson want to file a suit, this may be the starting point. If Jackson were to testify that his service as a pastor was an impetus for his firing, there may be a case to be considered. When asked whether Jackson’s faith was a factor in his firing, Lacob’s response was not exactly unequivocal:

I don’t really want to answer that question, because I don’t know if there’s a good answer – one way or the other. I don’t really have a problem with Mark’s religious beliefs in any way, manner, shape or form. He’s a good person, and he did a good job here, and we’re glad to have had him here as a coach. I’ll leave it at that. He’s not going to be the coach going forward. That’s all.

And yet, even if a case for religious discrimination isn’t so far-fetched, the idea seems to be purely academic. It is a lawsuit that will never happen if Mark Jackson ever wants to coach again. He is still a coach that many teams would consider, and his particular set of values might be coveted by fans of a team in the Bible Belt.

If a coach like the LA Clippers’ Doc Rivers, himself a “very religious” man, has moved away from prayer in the locker room (as mentioned in the USA Today piece); could the same action be expected from someone who is so defined by his religion as Mark Jackson?

The next team that thinks about bringing Jackson in to be their coach may have to consider his approach to faith and work, and the implications of such an approach.  Whether or not such considerations could then be seen as veering toward the slippery slope of religious discrimination is up for further debate.

0 comments on “The Faith and Firing of Mark Jackson”