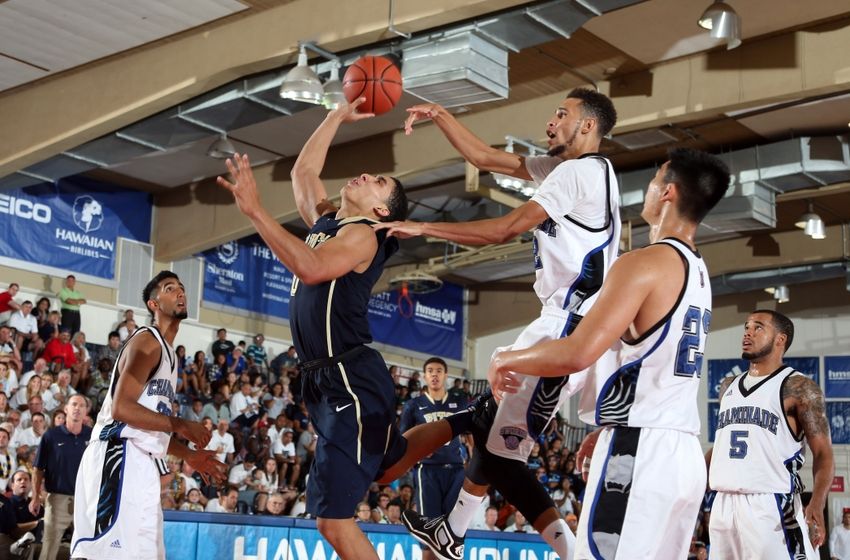 This year’s EA Sports Maui Invitational saw two players of Asian descent touch the floor in the tournament’s third game as Pitt beat the host team 81-68 at the Lahaina Civic Center, which is a rare occurrence by NCAA Men’s Basketball standards. Chaminade junior Kevin Hu, a Taiwanese forward from Taipei, tied a team-high 12 points in the loss while Hawaiian-born guard Joshua Ko, who actually passed on Chaminade for a chance to make a Division I roster at Pitt, finished scoreless in just one minute of garbage time play. The game was televised on ESPNU.

The tournament, with its eminently agreeable locale, has grown to be one of the NCAA’s most anticipated early season tournaments. Host university Chaminade is actually a Division II school, but every year they have the chance to take on some the nation’s best teams. Four times the winner of the Maui Invitational has gone on to win the NCAA Men’s Division I Championship: Michigan in 1988-89, North Carolina twice in 2004-05, 2008-09, and Connecticut in 2010-11. But Chaminade has hardly been a doormat, beating Texas as recently as 2012 and Oklahoma in 2010. Chaminade’s greatest claim to fame, however, is a win in 1982 over then top-ranked Virginia, a team led by Ralph Sampson and considered to be one of the NCAA’s greatest of all time. Chaminade was an NAIA team at the time. The story is that after the loss, Virginia coach Terry Holland encouraged Chaminade to host their own tournament. The Maui Invitational started two years later.

Both Chaminade and Pitt would go on to lose their second games respectively in last night’s action.  Hu played only 16 minutes and scored 8 points in a loss to BYU while Ko did not get on the floor for Pitt. Their remaining games will not be be nationally televised.

Below is a video featuring Chaminade players, including then freshman Kevin Hu, reminiscing about their 2012 tournament win over Texas.