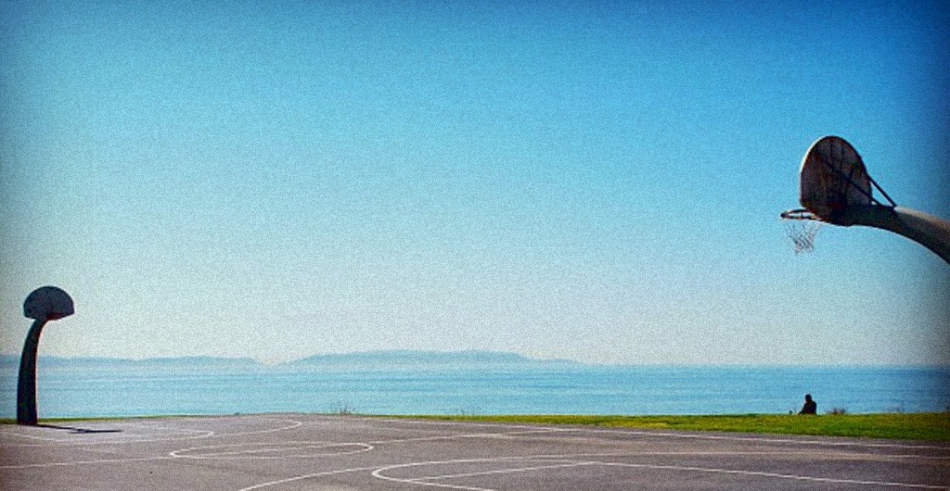 Getting off the Bench

A few weeks ago, during NBA All-Star weekend, I felt inspired to go to a local park and play a game of H.O.R.S.E. Missing more shots than making, I recalled that this was the first time since high school (we won’t get into exactly how long ago that was) that I was dribbling a basketball. I looked around and saw teenagers practicing and random guys playing a pick up game. I didn’t feel self-conscious. I didn’t worry about which shots were dropping in and which weren’t. In fact, it was just exhilarating to be out on the court.

I’m no athlete. Playing sports doesn’t really run in the family. But loving sports does. When my parents immigrated to the United States from India in the 1970s, they settled in New York. They found sports to be a quick way to bridge the cultural divide. And thus, the love affair with New York sports teams began (and yes, this includes the Knicks). Years later, they passed that love on to me. Through every game, this born and bred Angeleno sat right next to her parents rooting for teams from New York while on a sofa in Los Angeles. It was also a great way of getting out of doing Algebra homework after dinner.

I knew I wanted to go into broadcasting, so I thought about becoming a sports producer. However, I quickly fell in love with political and investigative reporting. I am a freelance news producer in Los Angeles and right now, I primarily work at SoCal Connected – a newsmagazine show on public television station KCET. I focus on politics, public policy, and public affairs. But my love for sports has never waned, as evidenced by my wicked talent for logging tape while watching sporting events in the background. World Cup, NFL playoffs, Women’s 9-ball, it really doesn’t matter.

The opportunity to join Dat Winning is like that afternoon game of H.O.R.S.E. It is simply exhilarating. A wonderful change of pace and a remarkable opportunity to do something distinctive, to exercise different journalism muscles. Not just broadcast, not just blogging, but a blank canvas to flex some multi-media muscle. I am also excited to delve into a world of sports and its intersection with the Asian American community. I don’t have to keep sports in the background, but instead have an opportunity to employ the skills I’ve gained over the years and bring it to the foreground.  Whether it is sports on a national scale, the economics and politics of the industry, or the bright star in a small community near my hometown. The stories are out there waiting to be told. So, the time has come to get off the bench (no matter how nervous I may be), get on the court, and get in the game.

I can’t wait. This is gonna be a blast!

Lata Pandya is an award-winning TV and radio journalist. Currently she works as a producer on the Los Angeles-based public television news magazine show SoCal Connected. She freelances with several news organizations in the LA Area. Lata holds an undergraduate degree from University of California, Santa Barbara and a graduate degree from the Annenberg School for Communication and Journalism at the University of Southern California. She is known to be notorious about watching sports  while researching public policy stories.

0 comments on “The Fellows: Lata Pandya”