If you enjoy gawking at troubled sports franchises, keep an eye on the San Jose Sharks. There’s a situation there that’s about to go full Hindenburg.

On Friday, Sharks superstar Joe Thornton heard some critical comments about him that had gone public. Joe took offense to these comments, especially since they were coming from his boss, GM Doug Wilson.

Here’s what he told the San Jose Mercury News:

Break out the popcorn and Milk Duds, baby. It’s about to get real in San Jose. 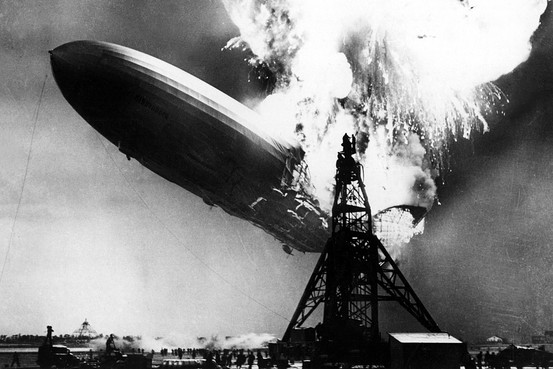 Why the tension in Sharkland? The story starts in 2005, when Wilson brought Thornton to the Sharks in a blockbuster trade. At the time, the deal looked like a triumph for Wilson, given the player’s rare blend of size and playmaking. But over the ensuing decade, as the Sharks variously approached the elite ranks of hockey, they just couldn’t get it done in the playoffs. Every year, it seemed, they would shake a Magic 8-ball and a new, absurd way to lose would show up. In 2006, it was an elbow that deflated the team. In 2009, they reached new heights of incompetence, as a #1 seed that lost to a #8 seed. In 2011, they were eliminated on a puck that could only have been placed by angry Greek gods.

It happened every spring, right as rain. And each fall, with the new season beckoning, Wilson, Thornton, & co. would announce, as cheerily as Ned Flanders, that they were ready to give it another try.

Last April, the Sharks had a commanding 3-0 series lead over their rival, the Los Angeles Kings. Then, in a series of events that have yet to be explained by scientists, the Kings won four in a row to take the series. This set a new bar for Sharks futility. This was not just a historic failure by Sharks standards: It was only the fourth time in league history a team had blown such a lead.

How’d you feel about that, Joe?

How did the Sharks react to a failure so colossal it made the record books? Oh, they said the right things about intensity, culture change, taking accountability. As Wilson quipped last summer, “I want players that want to play here, not just live here.” But then this franchise, supposedly turning over a new leaf, proceeded to keep its GM, coach, and main core of players — including Thornton. This is a bit like changing your ’87 Oldsmobile’s windshield wipers, rims, and door handles, then telling me it’s a new car. I’d watched the team for 20 years, but this was all I could take. I stopped.

I hadn’t paid much attention to the Sharks this year until last Friday, when Thornton’s comments hit Twitter. As I read them, a pang of glee washed through me. Here was a team, long accustomed to acting like it had things under control, suddenly showing the wound that has been festering under its sleeve.

Who knows what’ll happen? The Sharks are fifth in their division and fighting desperately just to get to the playoffs. Thornton is 35 and has a no-trade clause, but maybe he’s fed up. Maybe others are, too. Maybe there will be a grand bloodletting. Maybe nothing will happen at all but a few more months of sniping in the press.

Whatever happens, it’ll be the most interesting news out of San Jose in a long time. Whether you’re a Sharks fan, a fan of another hockey team, or just someone who likes to watch things self-destruct, pull up a chair and grab a snack. I’m buying.