Despite being swept by Golden State, the eight-seeded New Orleans Pelicans showed up for the playoffs. They forced Golden State to play hard and surprised many by proving that Stephen Curry is not that untouchable after all. I’ll remember that game three for a while.

Watching the series was one of those times that I lamented that there were no such thing as a quality loss (or an unearned win, for that matter) in pro sports. I may prefer to watch Anthony Davis block shots all day long over the Pels actually winning.

For anyone who hasn’t been paying attention in a Western conference saturated with talent, the playoffs put AD on the map. During the season, Davis led the NBA in blocks per game (2.9) and was fourth in average points per game (24.4). His playoff numbers were even better, with averages of 31.5 points, 11 rebounds, and 3 blocks per game. It was a remarkable—if not historic—post-season for Anthony Davis.

New Orleans hasn’t been in the playoffs since 2011, the last year before Chris Paul left. It was the first playoffs for the newly minted Pels, who returned the name Hornets to Charlotte in 2013. Yet, the Pelicans have already come a long way from their early attempts at re-launching the franchise.

Remember their first mascot, Pierre? I can recall folks in New Orleans asking each other in confusion, “do we not know what a pelican looks like?”

I kind of miss the first Pierre; I’ve never seen anything like him. Though I don’t think the one we have now is any less scary/confusing.

Then there is the continuing legacy of the Geico King Cake Baby. A tradition in New Orleans during Mardi Gras season, little plastic babies are hidden in the tasty confections (not a choking hazard at all). The Pels pay homage to the king cake baby with a blown-up version of one that races other, non-nightmare-inducing characters around the arena on a scooter.

Despite such PR glitches, the Pels are establishing themselves as the “other” home team in a city whose obsession with football runs deep and is non-negotiable.

I was lucky enough to attend Pels games regularly this past fall. It was a great year to get to know them and fall in love. Many forget the numerous advantages of being a fan of a less-established franchise: cheaper tickets, plenty of seats, free parking, all sorts of promos (dollar beers, anyone?), and of course bragging rights when your team finally does well.

The second the Pels made the playoffs, my friend complained about the bandwagoners, the long concession lines, the congested traffic. This sense of indignation and moral superiority is essential in cultivating a serious fan base. I can’t wait to see it grow further.

See y’all next season, Pels. Many thanks for a good year. 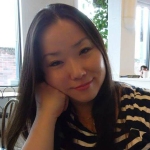 0 comments on “Till Next Year (And More Mascots)”