It’s rare for there to be a “first” in the MLB, a league that’s in its second century of existence. The game has seen just about everything that’s possible, right? Well, with the ongoing situation in Baltimore, the Orioles and the Chicago White Sox will create a new “first.”

Tomorrow’s game between the Orioles and the Chicago White Sox will begin at 2:05 p.m. ET and will be closed to the public.

For the first time in MLB history, the public will not be allowed in, meaning there will be all of zero fans in the stands to watch today’s game. The 2:05 p.m. match will still be broadcast. The social situation is complex and sad, but purely from a sports standpoint, this is fascinating. Two baseball teams playing in a deserted ~50,000-seat stadium sounds North Korean or something.

According to MLB.com, there is no precedent for this pending game. Before this game, a Worcester Worcesters game held the previous low with a whopping six fans back on Sept. 28, 1882. (Great name for a sports team, by the way.) There are other examples of bizarre attendance in baseball and other sports but nothing quite like this game.

I’m interested to know how the Baltimore Orioles players will react to the lack of fans. The home field advantage will exist mainly in the comfort of the field – dimensions, nuances of corners and certain bounces, pitcher’s mound. There won’t be any cheering in Camden Yards if the game’s tight in the bottom of the ninth with Adam Jones at the plate, no aural pressure to deal with. No slow claps starting behind home plate or “the wave” making the rounds. I’ll be eager to read what the players from both teams have to say after this unique game.

Outside of the diamond, there won’t be vendors yelling, “PEA-NUTS!” I imagine there won’t be much going over the PA system, but I like to think they’ll keep the “dadadadadadaaaaa…CHARGE” going strong, echoing against the empty chairs. For every home run or foul ball hit into the stands, there won’t be people making fools out of themselves chasing a souvenir. Will there be a seventh inning stretch? Sounds like a prime time for a staffer to belt out “Take Me Out To The Ball Game.”

In a really long baseball schedule, this game will probably not amount to much. But a new record low will be set, and it’s always cool to see a record fall. This might end up being nothing more than another game in the MLB, just with no one around, but it should be interesting to keep tabs on. 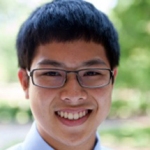 0 comments on “If the Baltimore Orioles play a game and no one is around to see it, did it really happen?”