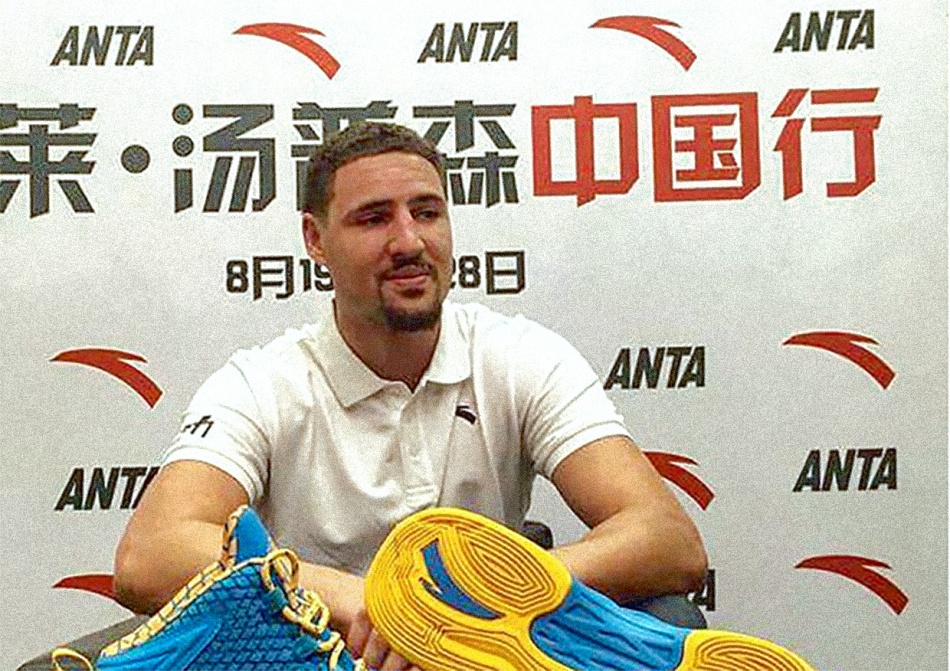 Look at Klay Thompson’s face and tell me that’s not the half-hearted blankness of man who can’t wait to get out of this shoe deal with ANTA.

Klay left Nike in February 2015 during the NBA All-Star break to join China’s ANTA Sportswear, and he was touted as their biggest signing yet, though details of the deal were not revealed. Thompson had a career year in 2014-15 and finished with not only an NBA title with the Golden State Warriors, but an All-NBA Third Team bid.

Warriors fans, however, might argue that his reputation as arguably the best two-way guard in the NBA deserved more than his 122 votes for the All-NBA team (second fewest among anyone who earned the honor), and more consideration as the league’s best two guard. That honor went to the Houston Rockets’ James Harden.

And with the news of Harden’s new $200 million dollar deal with Adidas dropping last week, it seems almost cruel to unveil Klay’s new kicks now. Klay is apparently still no James Harden. I mean, these kicks look like those FiveFingers sandals, which I hear are comfortable, but stylish? Nah. Hopefully, this time at least Klay’s kicks will actually fit right so he can wear them.

By the way, Rajon Rondo is also with Anta:

0 comments on “Klay Thompson and His New Sneakers Look Hurt”