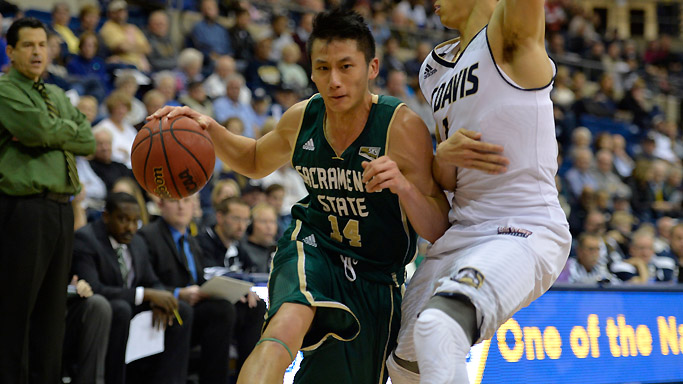 Taiwanese-born Jeff Wu made NCAA history this season by being the first student from Taiwan ever to receive a Division I athletic scholarship.

After winning a national championship in Taiwan, Wu became the no. 1 ranked player in his age group. He and his family decided to come to North America to, “get higher competition.”

Wu first transferred to Union High School in Vancouver, Washington before moving on after his sophomore year to Modesto Christian in California. In his senior year, Wu was appointed co-captain and helped lead his Modesto team to the state semifinals.

After finishing high school in 2015, Wu was offered a scholarship to play at Sacramento State University. His signing instantly became national news in Taiwan. As a freshman, Wu has played in every game this season, averaging 6.6 points per game in 18.2 minutes per.

During the off-season, Wu trains with Charlotte Hornets guard Jeremy Lin, who is also, rather famously, of Taiwanese descent.