There are seven Canadian teams in the NHL. Zero of them are in the NHL playoffs this year. This is the first time that’s happened in 46 years.

The first-round playoff series being broadcast on Sportsnet’s cable channels and CBC drew an average of about 500,000 viewers from April 13-17. That’s down from about 1.3 million over the same period last year, when five of Canada’s seven teams were competing.

That is a New York Knicks level of loyalty to the sport — so poor it’s impressive. And kind of surprising. Canada is, of course, the great progenitor of hockey. (They don’t call it ice hockey, Californians and Floridians. The ice is implicit.) Most NHL players are Canadian, and many of them have starring roles in the playoffs. The playoffs themselves have been spectacular: only two series (Tampa and San Jose) have wrapped up, which means we’re likely to see a couple Game 7s. 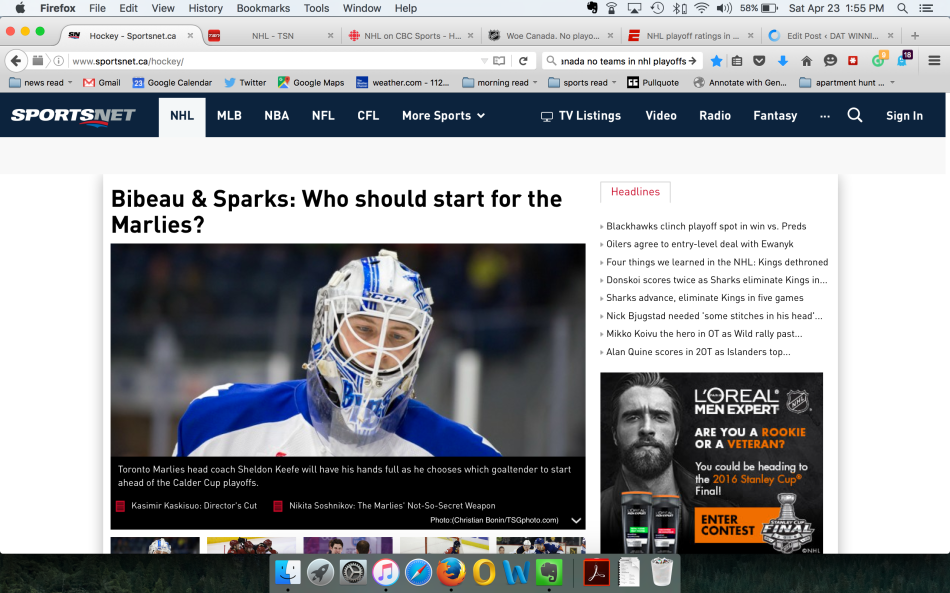 TSN has its eye on the Winter Olympics in 2018. 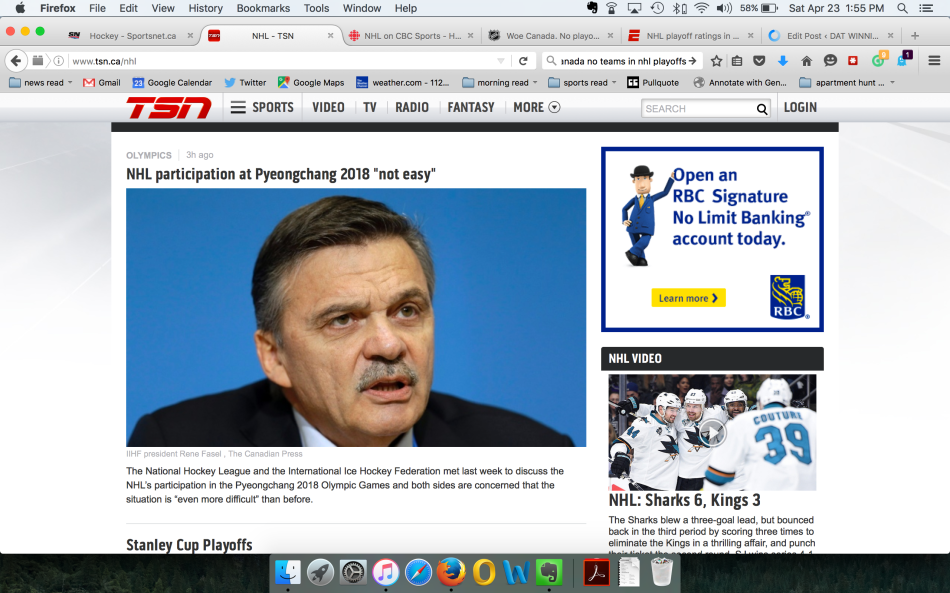 CBC managed to give the NHL playoffs some play: 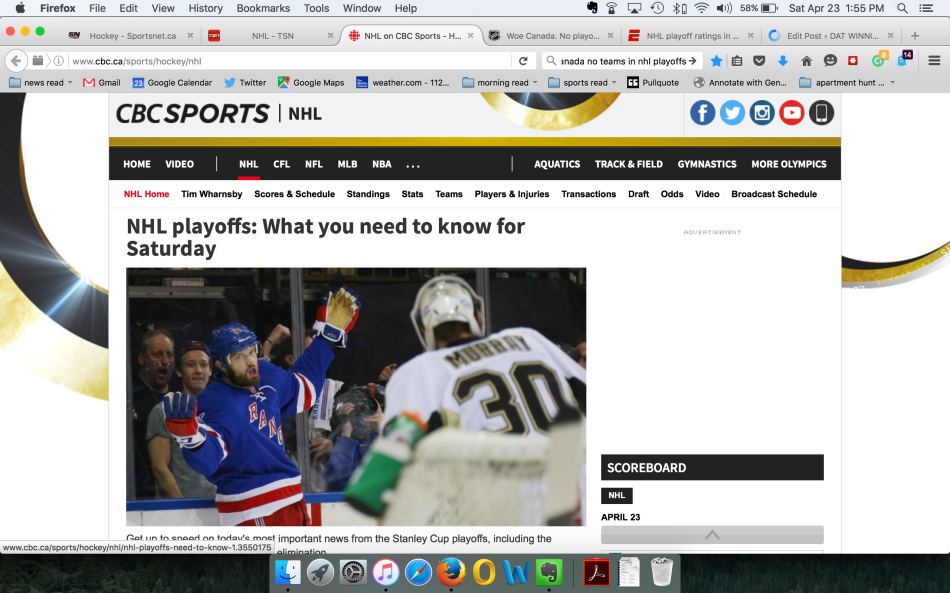 Last night, the Philadelphia Flyers beat the Washington Capitals in a classic rope-a-dope. The Minnesota Wild, a huge underdog against the Dallas Stars, fought off elimination and got the series to 3-2. Hmm…..a possible playoff choker in the making?

The New York Islanders and Florida Panthers, in the series that most resembles a playground fight, somehow found a winner after 2 OTs. The Islanders bring a 3-2 series lead back to Brooklyn.

And, of course, the San Jose Sharks Guile-kicked the Los Angeles Kings, 6-3, to begin to avenge their humiliation in 2014.

It was a spectacular night for the game you invented. Come enjoy it with us, Canada! We know you’ve got a little time to kill.

0 comments on “Somebody Tell Canada it’s the NHL Playoffs”