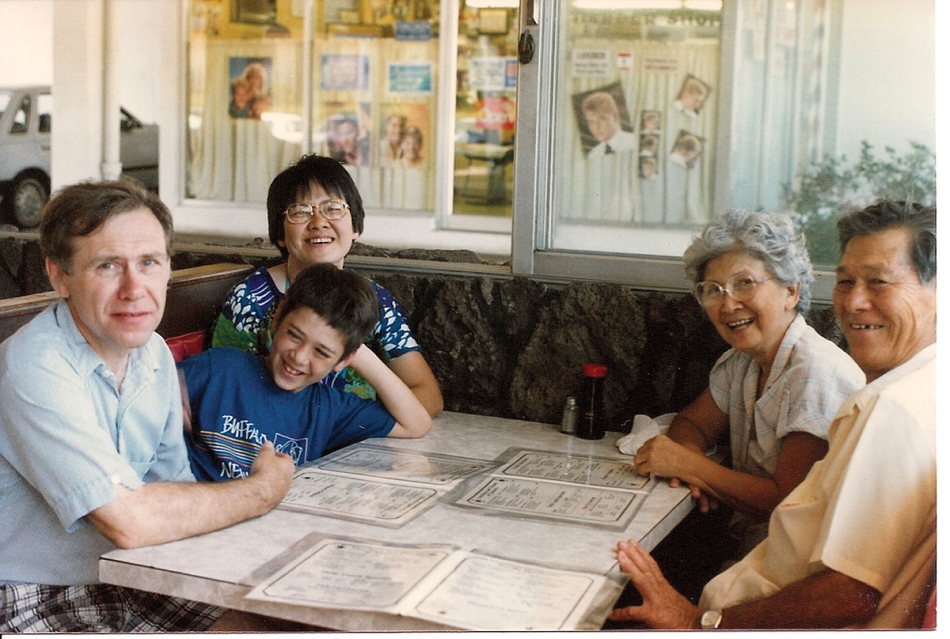 The word “fiasco” comes to mind when recalling my first experience playing on an organized basketball team.

Over a summer in high school, I saw an announcement about a youth rec league in the local newspaper, and despite my middling talent and diminutive stature, I decided to join. I showed up for a brief orientation, wrote my name on a list, and bolted before scrimmages began, too skittish to get out on the court and demonstrate my lackluster skills for the coaches.

The one who drafted me probably regretted his choice after I reported for duty, but he had bigger coaching challenges to wrangle with than just one busted pick. Overall, his roster sorely lacked skill, acumen, and chemistry, and his most talented player was also his most difficult, an agile point guard named Tito Kirkwood who had a killer handle and a caustic mouth.

We had no practices, just twice-weekly games, which we immediately dedicated ourselves to losing in emphatic fashion. Our coach — a short, uptight crank — grimaced his way through the early going, but eventually he had enough and quit, possibly due to friction with Tito, or possibly because failure felt so inevitable. Whatever the reason, we were turned over to some random dude who hung out at the park where we played our games. He was mild-mannered and hands-off, and under his guidance we breezed our way to a win-less season.

Of course after twenty-plus years, my mind increasingly struggles to summon all the exact details of that bygone season. I can still recollect a handful of the shots I got lucky enough to drop, as well as scattered blurry images of teammates and opponents dashing around in the league-issue t-shirts we received as jerseys. And I can still picture faces, too, with fuzzy uncertainty — the frustrated frown of our first coach, the vacant gaze of our second, Tito’s mischievous grin underneath the curled-up brim of a Miami Hurricanes hat as he perched on a dirt bike, chatting idly with a cute girl in the wake of yet another loss.

In the swirling ebb of all this mental detritus, I have clung tight to one particular moment, keeping it in sharp focus as best I can. It’s brief, and goes like this: After a change in possession, I go to inbound from the near sideline. Tito jogs up and says, “Pass me the ball, ching chong.” I hear a burst of laughter at my back as I do as I’m told, the nauseating warmth of shame and embarrassment rushing up through my torso. And then I run after him down court, where the rest of the team is falling into offensive position.

Over the subsequent decades, when conversation has opened up for the right kind of sharing, I’ve recounted the incident to others. Usually, I’ve thrown in the humorous addendum of how another teammate, Edwin Kimmons, not knowing my actual name and inexplicably mistaking Tito’s slur as a chummy nickname, once addressed me in a sincere and friendly way as ching chong. But on the whole, I haven’t had many occasions to bother mentioning any of this.

I have, on the other hand, had plenty of opportunities to write about it, but I’ve never suggested doing so to any editors at the more than half dozen Asian American publications where I’ve contributed work.

I did start cobbling together a few sentences about the incident once, after Jeremy Lin began generating buzz near the end of 2009 by scoring 30 points for Harvard in a losing effort against nationally ranked UConn. In drafting what I hoped would become a pithy and powerful two cents about barriers facing the emerging phenom, I set the sites of my authorial intentions on the pan-ethnic readers of the basketball blog FreeDarko — but then Jay Kang got to them first with a semiotic gem, compelling me to know my role and shut my mouth.

Beyond getting scooped by a more talented writer that one time, I have been more consistently inhibited from documenting and interpreting my experience out of doubt that I can actually say anything enlightening about it. Asian folks get called slurs everyday. It happens on basketball courts, baseball diamonds, football gridirons, hockey rinks, and golf courses. It happens on the field of play, in the locker room, up in the stands, and out in the parking lot. It happens to Jeremy Lin. What can my testifying to this shitty reality accomplish?

My inability to satisfactorily address this question has long trumped my nagging desire to tell my story in some kind of profound personal essay. I figured I finally had the necessary impetus to buckle down and explore some answers when I signed on as a Dat Winning fellow to write for this here Asian American sports website. But the year-long term of the fellowship came and went, and I still hadn’t penned my ching chong manifesto.

I never stopped turning the question over in my mind, though, and now I think I may have hit upon that elusive answer. Unfortunately, it’s not one I much like. But here it is: My compulsion to air out this past ugly interaction feels less like an attempt to scrutinize racism confronting Asian Americans, and more like an exercise in personal overcompensation.

How so? Well, a few background details about my appearance might help explain.

My face closely matches my Anglo surname, largely obscuring the half of my ancestry that, traced back four generations, originates out of Japan. These origins were fairly visible when I was a little kid, because my Asian genes hadn’t yet given up trying to shape my features, and because my partial yellowness stuck out against the black and white backdrop of the Chicago suburbs where I grew up.

When I started attending college at UC Berkeley, though, those Asian genes had just about thrown in the towel, and campus was awash in a bold yellow that recalibrated my own hue. The contrast forced me to reckon with my self-image, and ever since, I’ve been striving to adjust the calibration, attempting to transcend my phenotypical imbalance in a variety of ways.

One way has been writing for all those publications, covering the Asian American side of politics, activism, art, music, film, culture, history, education, agriculture, health, and, of course, sports. I’ve stuck my recorder in front of athletes and coaches from the professional, Olympic, college, and high school ranks, recording inspirational quotes for uplifting articles that theoretically chip away at the misguided and malicious assumptions relegating Asians to the end of the bench.

Putting these stories out into the world, I believe, is intrinsically worthwhile — society benefits from this sort of reporting. I haven’t been acting entirely selflessly, though — I’ve benefited from the reporting as well, because it has allowed me to forge a stronger connection with my ethnicity. Chronicling the lives of other Asian Americans enhances my own sense of identity and establishes my place within the community. The same can be said for living in Japan, volunteering with Asian American organizations, and captaining an Asian league basketball team, all of which I have also done.

In engaging in these kinds of activities, I’m reclaiming control over the expectations conveyed by my appearance. Or rather, trying to reclaim control. My words and deeds have limited influence on people’s perceptions; usually it’s just easier for them to see what they want to see. Despite the warning of that old dictum, books do get judged by their covers all the time, and readers are in short supply. And so I don’t always get to choose who I am. Instead, the stubborn logic of racial dichotomy makes the choice for me.

I can accept this. I can ignore the awkward hesitations I encounter when showing up to cover Asian American stories. I can laugh off a little good-natured (or even not so good-natured) teasing within Asian American spaces. These represent trivialities, nothing so hurtful as to warrant brooding about. By this point in my life, I should be comfortable enough in my own skin to let it all slide.

Yet if I’m striving for honesty, then I must acknowledge I will probably never shake the nagging insecurity that I do not belong. And I suspect this insecurity is a big reason I cling to an anecdote from a distant basketball game, when a teammate confirmed my ethnicity, undeniably, by calling me a racial slur. As if a hateful label should be worn as a badge of honor, flashed at a gatekeeper to gain entry into some exclusive clubhouse. As if lending credibility to the malevolent idiocy of prejudice was a wise move. As if a single fleeting incident from adolescence could crystallize an enduring sense of self.

The lesson here seems to be that the desire for acceptance can distort your thinking. My hope is that I’ve ironed out some distortion by finally grinding through this essay. It leaves me feeling a little exposed and uncomfortable, but as writer Wesley Yang recently asserted, “If a person remains true to some part of their experience, no matter what it is, and they present it in full candor, there’s value to that.”

In pursuit of this end, Yang explained that his efforts have showcased “accounts of emasculated, embittered Asian men,” which he claimed “nobody wants to think about, nobody wants to admit, nobody wants to be harangued about.” He went on to observe that, “Every now and then something will happen that will cause people to think about it. A guy will shoot a bunch of baskets for the Knicks. And then all of these people will leap at the moment to have their say, and there’ll be these blog posts. But all that does is just underscore the underlying fact that it doesn’t matter to anyone.”

If indeed no one wants to read this particular brand of personal reflection — let’s call it the “What Jeremy Lin Means to Me” genre — then why would Yang claim it holds value? You can’t earn money or recognition without an audience. But what you can do is make the most of the opportunity to set your own head right. And maybe I’ve at least managed that.