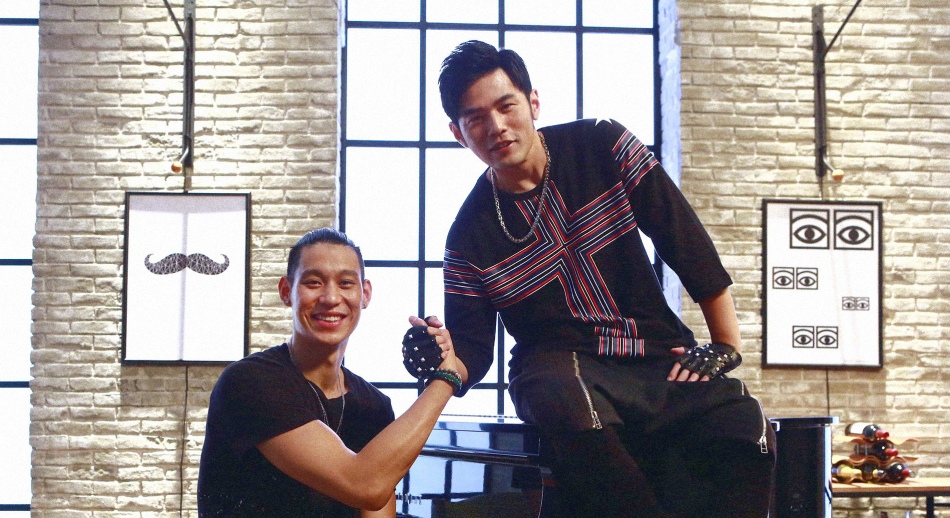 Not a whole lot to say here, Jeremy Lin is featured very prominently in Jay Chou’s latest video for his single, Tu Er Qi Ice Cream, which appears to be about breaking Asian music conventions (or the expectations of those conventions).

It’s a trippy video, directed by Chou himself. They drive fancy cars, play pop-a-shot basketball a la the pop-a-shot G.O.A.T., and even a little one-on-one on a real court (kinda). Lin even plays the piano (kinda) and dances (kinda).

Shout out to the kid for bringing the running man to Taiwan.