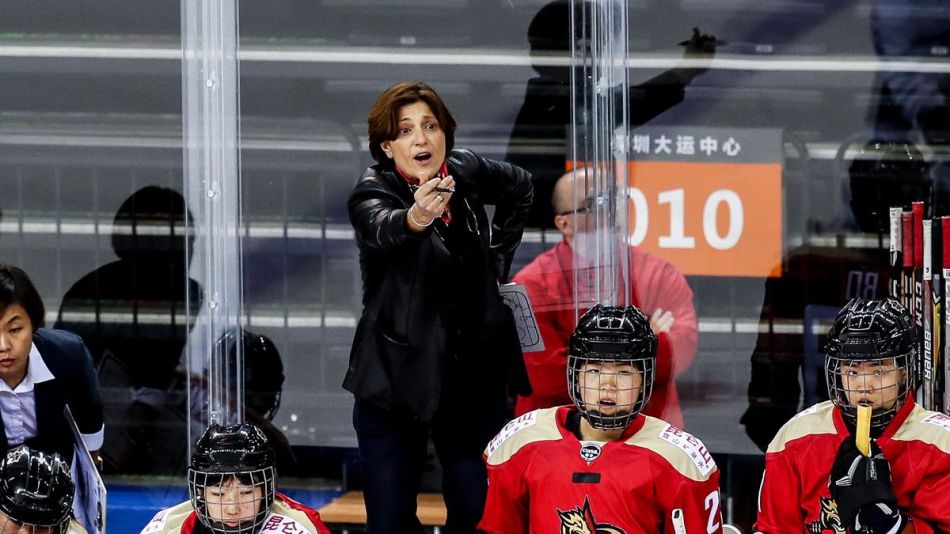 The country just started building their team, but their sights are already set on Olympic gold.

As it turns out, that’s a useful phrase when your club combines some of the best women’s hockey players from the West with a group of Chinese players who have never experienced that level of play. It was also a useful attitude given the scope of Murphy’s mission: Transform Chinese women’s hockey into a force that could make some noise at the 2022 Winter Olympics in Beijing.

Murphy wasn’t in China to sweat the small stuff. If a player messed up with with the puck, mei wen ti.

“It was a warm, loving environment that we tried to create,” Murphy says in a call from Providence, Rhode Island.

But at some point over her 14-month run in China, something changed, as often happens with the people and policies which make up China’s hockey program. Murphy’s mandate had been to improve the players, teams, and institutions as much as possible by 2022, with the goal of challenging for a medal in women’s hockey. She had been given resources: two brand-new pro teams, a pipeline of players and coaches from the West, and a new arena in Shenzhen. Murphy jumped at the chance to build women’s sports the way she’d always dreamed of — on her own terms.

In late April, all of a sudden, Murphy was no longer coach of Team China or Kunlun Red Star, the pro team she’d been coaching. Murphy denies that she was fired. She says her departure was mutual and amicable, and she remains an adviser to China’s hockey program.

The country now has big dreams, a foundation built by Murphy, and cash to burn. Will that be enough to fulfill the ambitious dream of Olympic glory in 2022?

0 comments on “China is trying to manufacture a women’s hockey dynasty, but is that possible?”