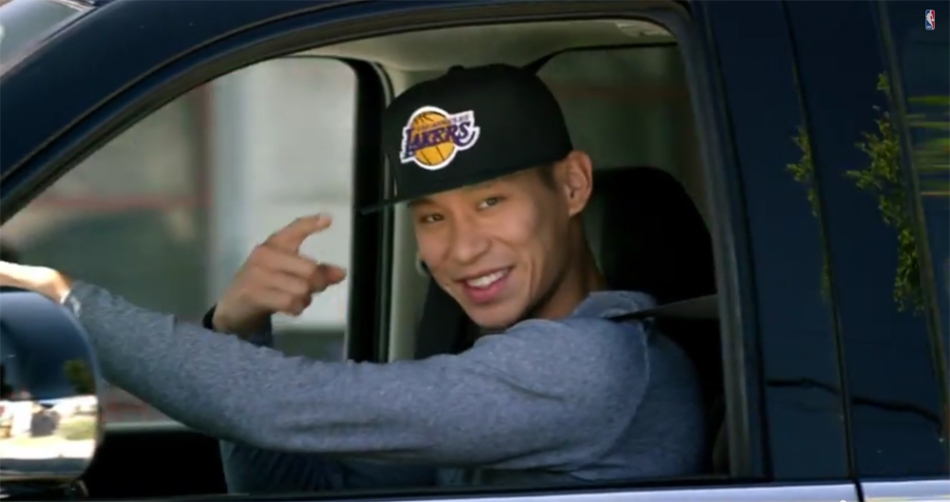 Check out this cute NBA Store promo directed at fan gear for kids featuring Damian Lillard and Dwight Howard among others, with a cameo from Jeremy Lin. Release from the NBA:

(November 6) at 11 a.m. the NBA will release its brand new ad “Gear Up” highlighting NBA gear and our youngest and brightest fans. The spot features Damian Lillard of the Trailblazers, Jeremy Lin of the Lakers, Dwight Howard of the Rockets, Mike Conley of the Grizzlies and Andrew Wiggins of the Timberwolves. The ad will premiere during tomorrow night’s Spurs @ Rockets game at 8pm on TNT. #nbagearup @nba @nbastore