The first time I ever prayed was during little league baseball in 3rd grade. We all took a knee before each game, and our coach would recite some rote prayer almost as fast as he could. We all learned it eventually and would follow along. I grew up in Houston, Texas, native soil of the megachurch, and this ritual was so embedded into every sport I would play from 3rd grade to high school that I thought it was part of the game. Like the singing of the national anthem, I was never explicitly told why we did it, I just accepted that it had to be done.

Last Friday, in an ESPN feature by Tim Keown, Houston Texans star running back Arian Foster publicly announced that he did not believe in God. It probably wasn’t a surprise to anyone who has known Foster well. In the story, he talks about challenging former teammates on their religious beliefs, and avoiding team prayers and religious outings, while spending the entirety of his adult football career in the Bible Belt. Making his views public now coincides with his decision to join Openly Secular’s national campaign to increase awareness and acceptance of nonbelievers, but this was as much an “unburdening,” as Keown puts it, as it was a personal declaration. Arian could finally just be Arian, come what may. 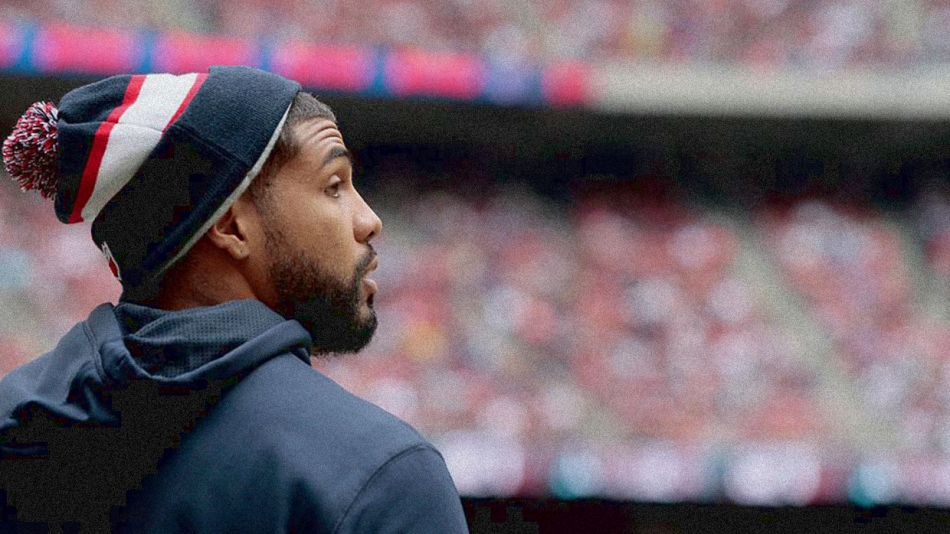 The religiosity of sports in the Bible Belt should be no surprise to anyone who came up playing ball in the region. When I was a sophomore in high school, I made my school’s varsity basketball team, and like I did as a child, I prayed with the team before and after every game. My coach was a former Baptist minister. Unlike past coaches, his was no token prayer; his prayers were significant and deeply felt. It remains the only time in my life I have ever regularly prayed. But like Foster, the older I got, the more I wondered why I was praying. It just didn’t make sense to me.

My father wasn’t necessarily open-minded about religion like Foster’s dad; he was indifferent. My parents never pushed me or my brothers toward any one belief, or they just never had the time. It’s the typical Chinese immigrant story: my parents worked so hard, they didn’t spend much time at home. We had to find our own understanding of the world by necessity. My father had actually been an atheist for as long as he could remember, but he didn’t mention it until years later. My mother was only slightly more opinionated. She told me once to just believe what they believe, and don’t stand out; not uncharacteristic of the Chinese immigrant ethos. If nothing else, pretend. And further, she thought, why not believe their God, because you never know. My mother wanted me to cover my bases, ever the pragmatist of the family.

During my first year on the varsity, our star player was a senior by the name of Sridhar Sista, a 6-4, silky smooth shooter with a lean, athletic build, and arms that seemed to stretch for miles. He went on to play for the University of Houston. There was, however, a pervading sense of contention between him and our coach, especially from his parents. Sista was of Indian descent — he was actually the first “Asian” ever to make the team (I was the second) — and despite his exploits on the court, he was never exactly inside the coach’s inner circle.

After game days, a group called the FCA or Fellowship of Christian Athletes would host a student-run after-party in the gym. It was talked about among our social circles as if it were an exclusive club where varsity athletes would go to unwind after a game. But there was a rumor going around that Sista had not been permitted to enter one of the parties, which were almost exclusively white, because of an assumption that he was not Christian. The story went that he was repeatedly asked to answer whether Jesus Christ was his lord and savior to gain admission, while no one else received the same interrogation. He refused and left.

I don’t know if Sista was Christian or even religious, and I don’t know exactly what happened that night, but I knew I never wanted to walk up to the entrance of an FCA party and have to answer that question. I never attended one.

By my junior year, like Foster, I began to occasionally ask questions in the locker room that challenged my teammates’ beliefs. We weren’t all close friends, but I spent more time with my teammates than anyone else in school; I didn’t know who else to ask. The more questions I asked, the more uneasy looks I got in return. Like Foster’s experience, the answers often turned to impatient quips; I was going to hell, I was lost, or sarcastically, I must know better than God. This was not typically said with malice; perhaps it was the last resort of a perplexed faithful. How could I not believe in God?

Like Sista, I was never part of the coach’s inner circle either, and I can’t help but feel like the short-lived conversations in the locker room had something to do with it. My one attempt at not joining the team for prayer was not well received. And, in times of exhaustion, he would say, “I just don’t understand you.”

So I never felt like one of his guys. I will say that he did give me several opportunities to start throughout my time there, sharing the duty almost 50/50 in my junior and senior year, but this always felt more like a punishment to his players than an opportunity for me to play more. I was an outsider in two worlds, one of a handful of Asian students in an otherwise predominantly white school, and as the only nonbeliever in the locker room. But I don’t have any hard feelings toward my coach. He was well into his sixties by that time, and even as a 16-year-old, I had a sense of him being a man from a different era constantly trying to reconcile how he should interact with a community he no longer recognized. In my senior year, the team was half non-white players, the most ever in school history at the time. It was also our worst season during my four years in high school, and our coach’s last.

It is easier, and often wiser, for nonbelievers in spaces infused with religious ethos to keep our thoughts to ourselves. In the end, I mostly kept my mouth shut, and pretended to pray. I just wanted to play basketball. I’d often keep my eyes open and watch everyone else during prayers. Occasionally, one of my teammates would open their eyes, too. Sometimes we’d share a knowing glance, a nod, but never spoke about it.

Arian Foster’s announcement has, for better or worse, started a national conversation on atheism. He is an uncommon face for nonbelievers; young and black, a star athlete playing a sport that is almost itself a religion. Foster represents and speaks to a demographic that other atheist spokesmen like Bill Maher and Richard Dawkins cannot; and he does so with a story of tolerance.

I don’t know that I would have done anything differently had Foster been around while I was in school. He is, after all, a multi-millionaire, and apparently very comfortable with sacrificing public approval for self-determination at this point in his life. Not everyone, by circumstance, is willing to take that trade off. There are still consequences to opting out of something everyone else on the team has accepted as ritual. Foster’s is an openly defiant act, but what he has done is less about calling nonbelievers to stand up against religion in sports, and more about letting those, who have been in the same kind of locker rooms, know that someone else like them has been there before.

1 comment on “On Arian Foster, and God in the Locker Room”