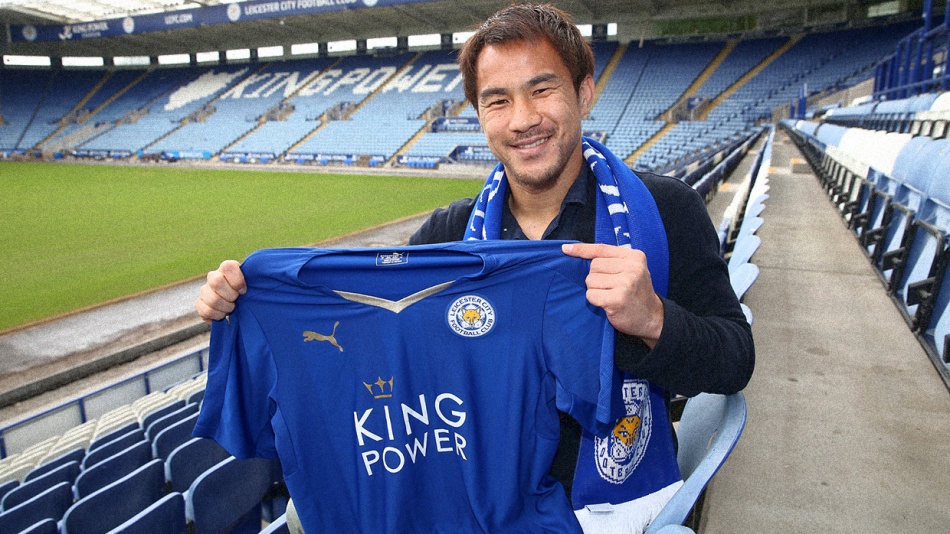 Leicester City’s Shinji Okazaki will take the field today (10:00 am EST) for as they face Tottenham in the English Premier League. It will be the striker’s third game in the EPL, and he will hope to add to the goal-scoring account he opened last week with this insistent effort against West Ham:

Okazaki may also be thinking about records now: A Japanese player has never scored more than 6 goals in a Premiership career. Okazaki already has the one, and there are 35 games left this season. More goals would mean more honeymoon for Leicester, whose 2-0 record currently has the team in 2nd place (alongside Man City, Liverpool, and Man U). For perspective: It’s been 18 years since Leicester’s won its first two games.

Okazaki’s story is interesting in its own right. Unfortunately, at 29, he’s unlikely to be the Premier League superstar Japan’s been looking for. But how he does this season could be the most up-to-date answer to this question: Can a Japanese player star in the Premier League, arguably the toughest soccer league in the world?

And if Okazaki isn’t the guy, could there be another?

As goal-scorers go, Okazaki is one of Japan’s best. In international competition, he’s potted a whopping 43 goals in 93 games. He has scored in two World Cups. Dude can finish.

In 2011, he took that finishers’ touch to Germany. There, in the Bundesliga, he really established his scoring cred; German defenders, turns out, are a little tougher than Saudi Arabia’s back line. Playing for Mainz in the 2013-14 frame, Okazaki racked up 15 goals — the most any Japanese player had ever scored in a European season.

His four-and-a-half year stay in Germany made him the highest-scoring Japanese player in Bundesliga history, with 37 goals in 128 matches. That got Leicester’s attention, leading to his transfer this summer.

Despite these accomplishments, Okazaki is not exactly considered an elite talent. “A bit overrated,” Soccer Central host Thomas Dobby casually called him last week. Mainz’ manager admitted Okazaki was his best player, but he was dumbstruck that Leicester would pay €11 million for him:

“Okazaki’s turning 30 and he’s only got one year left on his contract, yet they are still prepared to pay a double-figure million fee for him.”

No, the label “elite” is currently reserved for Yoshinori Muto, the 23-year-old striker the media describe (perhaps irresponsibly) as the “Japanese Messi”. The kid made news this spring for something he didn’t do: sign with Chelsea (yes, that Chelsea) after they made an offer.

It’s remarkable enough that the English champs would scout a Japanese striker. But then the kid — who majored in economics — did the math, and concluded he’d be better off in Germany for the time being. Where’d he sign? Mainz, which he said ‘fit his level’ better.

Makes sense. He’ll be “the guy” at Mainz, and he’d be warming the bench at Chelsea. But don’t be surprised if, with a few years of refinement, Muto turns up in Premier and gives Japan its first bona fide superstar there.

What does this mean for Japan? Japanese men’s football remains in a sort of kickstarter mode, with a national team that hasn’t made noise in the World Cup since 2002, and with few players leaving the J-League to feature at European clubs. Even if you don’t put much stock in FIFA’s rankings, Japan at #56 — tied with Trinidad & Tobago — is broadly illustrative.

It’s hard to ignore the correlation here: The more players you have in the top leagues, the stronger World Cup squad you can select every four years. Jurgen Klinsmann, the U.S.’ coach, has famously argued that American players need to see the pitch more in Europe, since their domestic league isn’t up to snuff.

And once you have players abroad, there’s potentially a virtuous circle there. Voila the case of Shinji Kagawa, who came to Germany in 2010 on a wayfarers’ contract. Instead of scraping by, Kagawa scored 12 goals in 28 games and powered Dortmund, one of the Bundesliga’s best, to two titles.

That was 2012. The Bundesliga’s Japanese contingent has grown since then, reaching 13 as of last October.

Junichi Inamoto‘s story goes the other direction. Arsenal signed him away from Japan in 2001, but for all the hype, the bleach-blond midfielder never played a single Premier League match for the Gunners. He spun out to Fulham before going on to a journeyman’s career in Europe. This is the guy who currently leads Japan for all-time appearances in the Premier League, with 66.

What’s it all add up to? Okazaki is the best shot Japan has at Premier League relevance in years. And even if Muto’s less than Messi, his arrival in Premier could be even more promising for the Blue Samurai.

There is, however, one significant hurdle to talk about: immigration. Okazaki’s still waiting for his work permit, and getting said permit was reportedly one of the reasons Muto balked at moving to Chelsea. These are high-end players, and if they’re borderline for the Premier League, future Japanese players might find it a lot harder to get in.

English football authorities, concerned that African, South American, and other European players are crowding out English talent, are raising the bar for foreigners to get into the EPL. As of last May, they’ve tightened up the point system they use to accept foreign players.

Premier League clubs reportedly oppose the new rules, because they enjoy being able to pick from the widest possible pool. But England’s Football Association thinks they are giving the… shall we say quadrennially disappointing English national team a better shot at its goal of winning the World Cup in 2022.

As for Japan, it would mean a slightly tougher path for players who want to prove themselves in an elite European league. That’s why it matters whether Okazaki scores today, and this season, and next. As history has shown, someone must first pave the way. 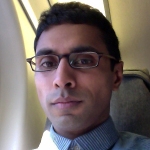 Like many fans, Saqib Rahim is the product of his sports traumas. The 49ers losing, year after year, to Green Bay in the late 1990s. USA Hockey losing to Canada in the gold medal game of the 2010 Olympics in Vancouver – in overtime, no less. The San Jose Sharks perennially discovering new depths of failure, such as becoming only the 4th team in history to choke away a 3-0 series lead. But it’s all good. He’s over it. They helped make him the man he is today, and they made him curious about why sports are so engrossing and important to us. They helped him realize that sports are about the stories we tell ourselves about who we are.